A weld seam cracked below the surface of the water and no longer supplied the aerators on the pool floor with sufficient oxygen.

The pipeline was dismantled, the crack was brought over water, welded, and reassembled. The unwanted side effect is eliminated and everything runs as it should again. 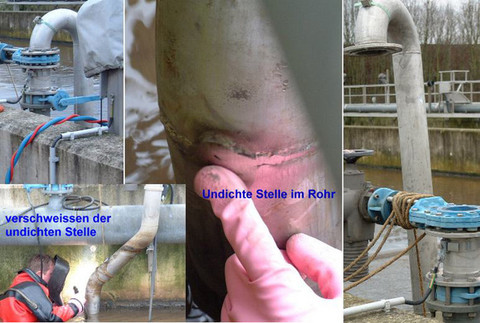 An operator complained about the flocculation, which could not be defined in more detail, floating up from time to time. The examination showed that deposits had loosened on the ceiling of the king's chair. We cleaned the ceiling so that all deposits were removed. After that, no more flocculations appeared. 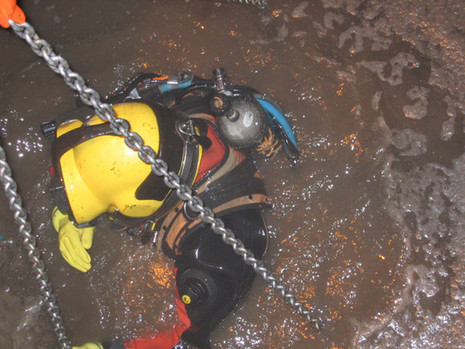 No matter how good the support wheels on the scraper, they will eventually run out. (see picture above left) To keep the signs intact, the wheels should be checked from time to time and replaced if necessary. Should it be too late, however, we will also exchange entire clearing blades for you, including rods and alignment of the clearing blades.

Aerator replacement is often done with professional divers as it does not affect the hustle and bustle in any way. Furthermore, pressure loss tests are carried out to ensure that only faultless material is used. 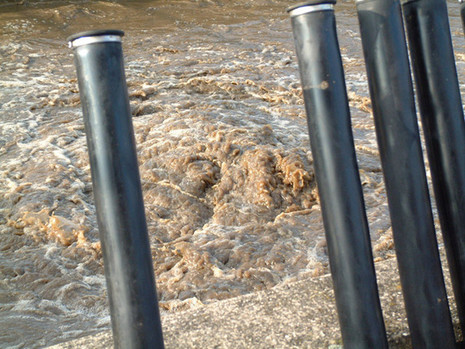 Drilling work is also carried out during operation. In the case of tripod mountings, we guarantee exact vertical holes down to the target depth according to the manufacturer's instructions for the respective dowel size. Boring is carried out vertically and horizontally with hydraulics and a tripod in a minimum amount of time."

An already assembled tripod had to be removed because it could not withstand the stress. The expansion turned out to be uncomplicated, broken remnants have been completely recovered.

In every examination, the diver's safety is the top priority, so only those operations are carried out that appear to be feasible for all parties involved. The helmet shown in the photo is no longer permitted today and has been replaced by a special diving helmet for contaminated waters, the AH5 diving helmet. 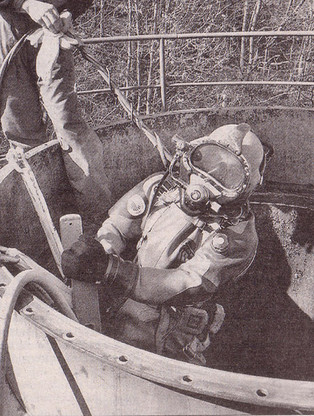 Read a newspaper report on the digestion tower investigation (In German)

At the end of August, AQUA-NAUTIK GmbH was commissioned to carry out the inspection of a digestion tower. During this internal inspection, it was found that there were extensive solidified deposits on the digestion tank walls in the lower third. Deposits up to the vertical digester wall with clogging were then found in the further course of the control. The cleaning of the digestion tower was indispensable for procedural reasons and was scheduled shortly after the inspection. Operations in digestion towers pose a number of challenges for the diving group, and not only in terms of safety and equipment.

On the one hand, the height of the digestion tower has to be overcome and in addition to the immersion depth, which is between 50ft and 60ft, the temperatures of a digestion tower, which are still down to 95 Fahrenheit, have to be overcome. The diver's working time is limited to a maximum duration in order to avoid the dangers of sudden physical limitations.

Another aspect of safety is the provision of a reserve diver who must be able to intervene immediately in the event of an emergency. For this order, AQUA-NAUTIK GmbH, therefore, sent a diving team consisting of 1 diver helper, 1 signalman, and 4 divers, all of whom were deployed on a rotating basis. After the construction site had been set up, a first dive was made in which the solidified material was loosened or loosened by rinsing and then pumped into the reservoir by suction. Working in contaminated systems also includes cleaning and disinfecting the devices, which must be carried out during and at the end of the day.

In the following 3 days, the digestion tower was cleaned with a total of 12 dives. A final check of the properly carried out cleaning in the form of a control dive was determined by the master diver Carsten Thörmer, so that the system could be put back into operation as planned.

For more effective wastewater treatment, agitator stands were installed in two aeration tanks while the plant was in operation. At the beginning, we aligned the tripods on the bottom of the pool, taking into account the existing ventilation lines. After the alignment was done, drilling could begin.

By using our drill tripod, we guarantee absolutely perpendicular drilling regardless of reinforcing steel or other obstacles. The advantage of this type of assembly is that it can easily be removed and that the same anchor can be used for reassembly. Finally, the brackets of the gallows were also attached horizontally with our drilling system. 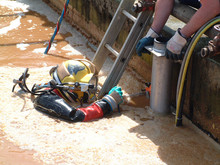 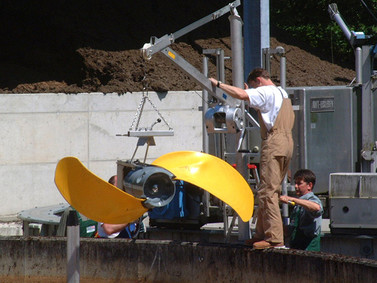 A dark affair - diving in the sewage treatment plant

You don't even want to imagine immersing yourself in the dark broth of a clarifier. But for the professionals of Aqua-Nautik, such tasks are also part of the normal everyday life of a commercial diver. Jobs in wastewater treatment plants are not necessarily the most popular diving jobs. Nevertheless, such tasks have to be done and there are colleagues who even like to work there.

Divers who carry out such work under psychological, physical, and temporal pressure with zero visibility are absolute professionals. Their equipment includes an AH-5 helmet and a special suit. The connection between the diving helmet and diving suit as well as the suit itself must be absolutely impermeable so that the professional diver does not come into contact with the highly infectious wastewater.

Such underwater work is inevitably carried out in complete darkness. Orientation takes place only through touch, a high degree of spatial imagination, and the instructions from the land. Last week, AQUA-NAUTIK was commissioned to recover a damaged agitator and tripod in the sewage treatment plant. The tripod was so badly damaged that it could not be used again. The newly ordered tripod was then installed during operation that week. 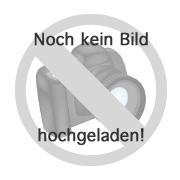